While the AP/RC focuses almost exclusively on printmakers who directly control their work from conceptualization through printing, on occasion we add artworks to the collection which were printed at a professional fine art print shop such as Lawrence Lithography Workshop (Missouri), Tamarind Institute (University of New Mexico), P.R.I.N.T. (University of North Texas), Flatbed Press (Texas), Landfall Press (New Mexico), Black Rock Editions (New Mexico), Shark’s Ink (Colorado) and others. In these shops, an artist collaborates with skilled printers and knowledgeable publishers. The addition of these artworks help the AP/RC present a more comprehensive view of printmaking in the western United States.

Lawrence Lithography Workshop, established and managed by Mike Sims, has since 1979 contributed to the print culture of the United States and, perhaps more especially, of the midwest and southwest. As it names suggests, Sims opened his printmaking shop in Lawrence, Kansas. Now located in Kansas City, Missouri since 2001, the shop had a short venue (1997-2001) in Sunland Park, New Mexico (next door to El Paso, Texas). The seven works below are all by artists–Richard Dishinger, Roger Shimomura, and Warren Rosser–who lived and worked in Kansas. 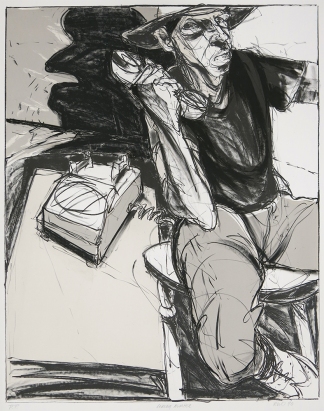 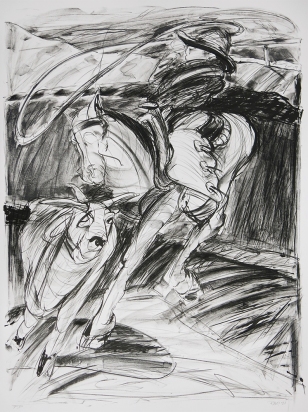 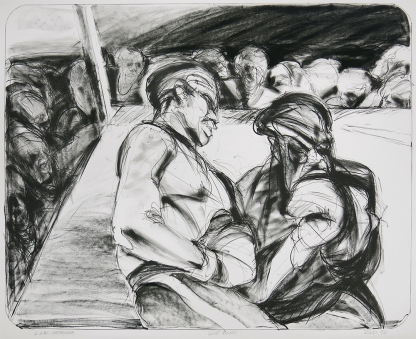