James Broderick played an instrumental role in the development of the arts in Lubbock and at Texas Tech University. From 1976 to 1983 he was Chair of the Department of Art at Texas Tech University before he moved to a similar position at the University of Texas at San Antonio. Throughout a long career as a university art department administrator, Broderick also filled a variety of positions in National Association of Schools of Art and Design and, while in Lubbock, served on our Museum’s acquisition committee.

Broderick received in 1966 his Masters degree in printmaking at the University of Iowa. Since that time, his art work has continued to focus on prints and drawing; but in the 1970s he began working with photography. 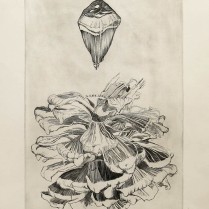 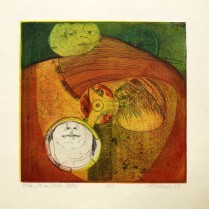