Ryan Cronk, born in Honolulu, Hawaii, grew up in Albuquerque, New Mexico. He received his BFA from the School of The Museum of Fine Arts Boston and his MFA in studio art from the University of Texas at Austin in 2010. He currently lives and works in Austin.

In a 2014 exhibition, Migration wisdom, chalk lines, tracings, and undertow, at Austin’s Co-Lab Projects, Cronk observed that his, “works are culled from personal narratives that reflect on universal narratives of disaster and transformation. Th[e] work is curious and foolhardy. It’s a reaction, a question, an archive, and a collection of reinterpretations that consider an uncertain present and future. Orderly and absurd, these works reflect on our existence in this floating world.” 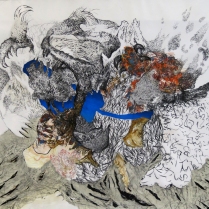 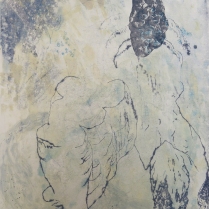 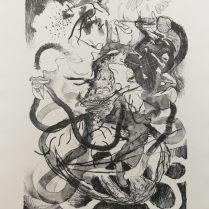