Before becoming a professional artist at the age of 43, Anne Noggle had been a pilot in WWII and had served as a captain in the Air Force during the Korean Conflict. Amelia Earhart was an early hero, the airplane her early love. She began take pilot lessons when she was 17. After the wars and time spent as a crop duster, Noggle went to college at the University of New Mexico where she says she “fell passionately in love with another machine, the camera.” Many of her subjects are older women whom she said carry “the revelation of life, and the conflict between what was and what they are now.” Her own self-portraits document this conflict and are compelling images of power in the face of decline. 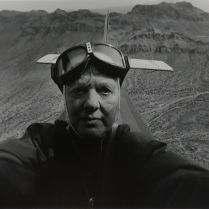 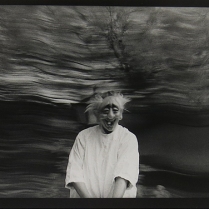