Andis Applewhite’s Obtuse Writings series are composed of painted screenprint layers with cryptic reversed texts that blur the distinction between abstract shape and alphabetic form. If we attempt to read her texts, we must reverse expectations of normative reading of English, forcing ourselves to read backward and from right to left. This emulates the process the artist went through to produce the works.

According to Applewhite’s statement on her blog, by using her dominant hand to ask a question, and her non-dominant hand to answer she hopes to uncover “communication that is known and hidden within” which may point to “long forgotten and sometimes unknown psychic and emotional ruins of [her] unconscious self.” Applewhite delivers passages of prose, mantras, mark making, and intense studies through layers of color. Deciphering a parcel of her text is like recovering an artifact from an archeological site without benefit of first hand knowledge of the ‘culture’ that it derives from, the ‘culture’ being Applewhite’s unconscious.  Flip the images horizontally, you might encounter more text reversed that you may not have noticed. 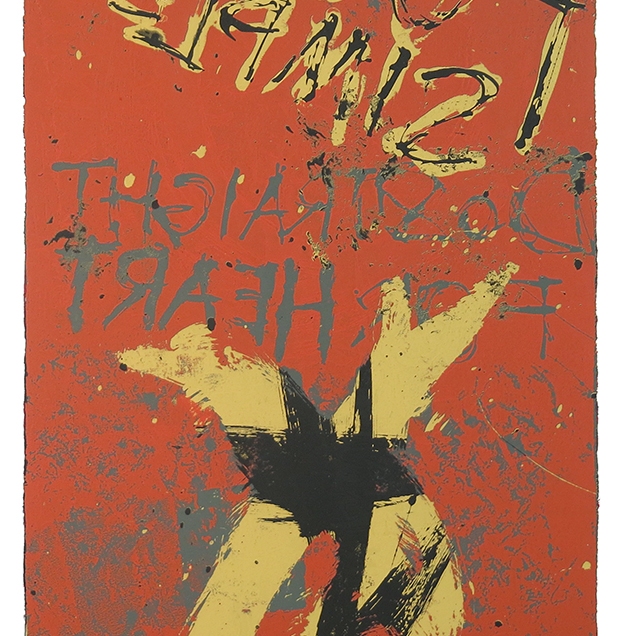 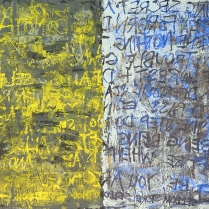 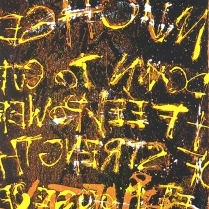 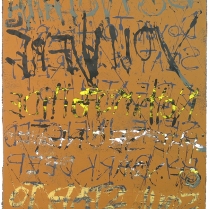 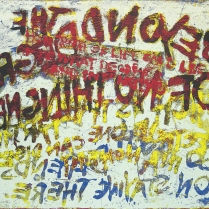 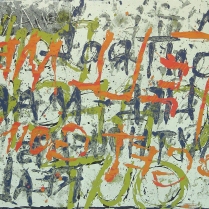